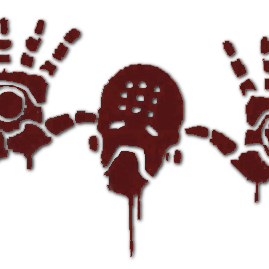 This method is safer than force removing the System Application using its component package because it retains the default file structure. Furthermore, the force removal of System Applications' component packages can trip the dreaded "STATUS_SXS_COMPONENT_STORE_CORRUPT" flag. This is a critical component store corruption flag that will then be detected by any servicing command and Windows Update and prevents both the servicing and updating of the Operating System. The only way to remedy and fix this error is to re-install or reset the Operating System.

The following System Applications are safe to remove:

Cortana can also be removed, though doing so will render the default search feature inoperable and is only recommended if a 3rd party search program like Classic Shell will be used.

About Windows Capabilities and Packages

Like with all removals, care must be taken when using either of these removal parameters, particularly the Packages parameter. Do not remove any Capability or Package if you are unaware of its impact on a live installation. It is recommended to read the Features on Demand Document to better understand their functions.

The Registry parameter applies an array of entries and values to the image registry hives designed to further enhance both the security of the default image as well as its usability and aesthetics. The module only applies those registry entries and values applicable to the image build being optimized and bypasses those that are unsupported. Likewise, Optimize-Offline will apply additional entries and values to accommodate any application removal or integration. Optimize-Offline does not apply any Group Policy entries that are not available in the specific image edition by default, as this would just add unnecessary bloat to the registry itself with zero functionality.

A short list of some of the optimizations include:

When optimizing an image with Optimize-Offline, curiosity may arise as to why the SMB1 Protocol and Windows PowerShell 2.0 Optional Features are automatically disabled. In short, Microsoft has labled both of them a security risk.

When the Additional parameter is used, user-specific content added to the "Content/Additional" directory will get integrated into the image when enabled within the hashtable. This eliminates the need to use an external Distribution Share.

Content can be in the form of files, folders or directories, unless a specific filetype is required. Content is NOT copied haphazardly nor are original file structures ignored.

Any custom registry template (.reg) file to be imported into the offline image's registry hives can be placed in the '\Content\Additional\RegistryTemplates' folder. No editing of these template files is required and Optimize-Offline will copy and edit them accordingly to apply them to the appropriate hives.

Any driver package to be injected into the offline image can be placed in its respective folder in the '\Content\Additional\Drivers' directory. Within this directory you can select whether a driver package is added to just the Windows Installation, or also to the Windows Setup and Windows Recovery environments. Either single .inf files or full driver packages are supported.

When an unattend.xml answer file is added to the '\Content\Additional\Unattend' folder, Optimize-Offline applies the answer file directly to the image, creates the '\Windows\Panther' directory within the image and finally copies the answer file to it. "Panther" was the code-name for a servicing and setup engine that began with Windows Vista and has remained as such since.

It is also in good practice to have a good idea what each configuration pass does and what actions its child parameters takes during the Windows setup process. All information regarding Configuration Passes can be found in the Microsoft Document

Having incorrect, null or incomplete values in your answer file, most notably the WindowsPE Configuration Pass, WILL prevent Windows from completing its setup or even starting its setup. If a custom disk layout is included for installation, make certain the proper drive index numbers, partition type IDs and sizes are entered.

With Optimize-Offline, the Microsoft 10 Diagnostic and Recovery Toolset and the Windows 10 Debugging Tools can be integrated into Windows Setup and/or the Windows Recovery allowing for the troubleshooting of system issues from a Preinstallation Environment. Likewise, it is NOT recommended to integrate Microsoft DaRT 10 into images accessible by multiple people or the default Recovery Environement because any user will be able to attain access to these tools by rebooting the device into Windows Recovery. Only integrate Microsoft DaRT 10 into the default Recovery Environment if the device will require specific credentials to gain access to the Operating System and the ability to reboot into the Recovery Environment is removed from the log-in screen using Group Policy.

Microsoft Diagnostics and Recovery Toolset (DaRT) 10 lets you diagnose and repair a computer that cannot be started or that has problems starting as expected. By using DaRT 10, you can recover end-user computers that have become unusable, diagnose probable causes of issues, and quickly repair unbootable or locked-out computers. When it is necessary, you can also quickly restore important lost files and detect and remove malware, even when the computer is not online. Microsoft Document

With Optimize-Offline, the Data Deduplication packages can be integrated into the offline image. PowerShell's storage cmdlets can then be used to enable and manage Data Deduplication after the optimized image has been installed. More information is available from its Microsoft Document

Developer Mode is a Windows Setting that, when enabled, allows the end-user to test any unsigned UWP app, use the Ubuntu Bash shell environment and offers optimizations for Windows Explorer, Remote Desktop and PowerShell. It is also a requirement when writing certain code in Visual Studio.

Developer Mode should ONLY be enabled on systems that require settings it provides. More information is available from its Microsoft Document

Solid image compression uses the undocumented LZMS compression format to concatenate all file data within a regular WIM file into a solid WIM archive (ESD file). By doing this, a 4GB WIM file is able to be compressed to a size of 2GB or less. However, as with other forms of high-ratio compression, LZMS compression can take quite a while to complete and is extremely system intensive. Solid compression should NOT be selected as the final image compression type if the end-user is impatient or has limited system resources.

This is a process that occurs automatically when a Windows Installation ISO is used as the source image for optimization. In short, it removes all unnecessary media files used to install Windows 10 from a live system, thus reducing the total size of the installation media. The order in which files are removed and moved is critical for proper file structuring.

Optimize-Offline calls the COM IMAPI2 interface for file system image building and also opens a binary stream that writes a bootfile sector code to the ISO. This allows for bootable Windows Installation Media ISO creation without the need for 3rd party tools like oscdimg.

Any time an OEM Windows Image is modified offline, or the System Preparation, Reset and Provisioning Package deployment features are used, there is a chance this ghost account will surface. defaultuser0 is not a real account, however, and is a bug that has been present in Windows through countless flavors and variations. It is not added to any user groups nor does it even have a profile. Conversely, failing to remove the defaultuser0 account immediately after Windows Installation completes can lead to future headaches. As an example, if you reset Windows with the defaultuser0 ghost account still present, upon the restart of the device, Windows will force you to log into the defaultuser0 account to continue.

In earlier versions of Optimize-Offline, a specific registry key was appended to allow for elevated control over the defaultuser0 account which allowed for its manual removal, as well as a SetupComplete.cmd script code that automatically removed it. However, with the newer builds (17134+), this is no longer required and simply rebooting the newly installed OS will automatically remove the defaultuser0 account from the 'Users' directory without having to manually remove it.

Open the custom configuration JSON file (Configuration.json) in any text editing program and edit any values for your specific optimization requirements. While editing the Configuration.json file, do not change the template structure and make sure its formatting is retained when adding or changing values.

Once you have edited the Configuration.json to your specific optimization requirements, open an elevated PowerShell console in the root directory of the Optimize-Offline project and execute the Start-Optimize call script: